『Bottom-up emphasizes coding and early testing, which can begin as soon as the first module has been specified. This approach, however, runs the risk that modules may be coded without having a clear idea of how they link to other parts of the system, and that such linking may not be as easy as first thought. Re-usability of code is one of the main benefits of the bottom-up approach.』>>あたし今の問題です

I'm starting to see less of creating base structures and trying to add systems on top of them, to more of deciding beforehand what systems I need, and then building base structures that support them>>I hope this is the right direction...

『Truly intelligent enemies could change the face of gaming 』 by David Lumb>https://www.engadget.com/2017-05-26-the-future-of-video-game-violence.html

omg are you kidding me.>>https://en.wikipedia.org/wiki/Convex_combination

It seems like it will be very useful for a game company to have a mathematician.

How do you implement a set of items where each item is defined by each other?>>As a minimal example, have { countA, countB } and if you increase countA countB decreases and vice versa>>One way is to have a separate element 'count0' and changing countA, countB, etc. modifies count0 such that they update to that value. But what if that's not an option

@snowyfox Somehow you want to describe the invariant, which is that a+b = x where x is some constant.

Of course, the solution to this is easy. Any change to a needs to introduce a corresponding negative change to b.

But what if you have the formula a+b+c = x? Now there is an infinite number of ways that the equation can be solved whenever any of the variables change.

@snowyfox In my experience, a multi-dimensional array like that is very rare in Java. I would suggest that you try to model the data using classes instead. If for no other reason that it makes it much easier to see what your code is doing.

To me, when I do that, and start to build methods that act on that data, what you need to do tend to be much more obvious.

Planning to add in work queue:>- One program in JavaScript>- One project each using Waterfall, XP, TDD, and Scrum

wow this is a very forgiving language. At the beginning it's basically a minimal C-style syntax interpreter>>Also I've gone through many parts of the syntax with the interpreter not shouting at me a single time. That's a good sign

The only thing it complained about was that I initially tried length(array) instead of array.length>

I studied another entire chapter of C++. Hopefully I won't forget what I've learned

Stroustrup先生 strongly recommends using types for everything instead of manual control of memory - and generously uses interfaces and templates whenever operations are common.>>But so far the concepts seem manageable, I don't see why they would explode 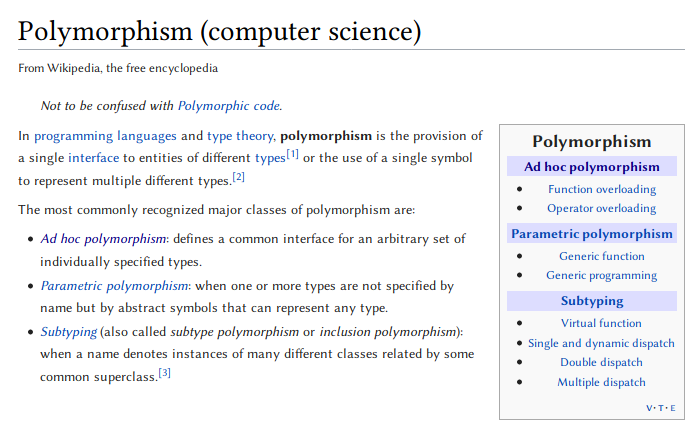 1 posts ommited. Click [See All] to see the entire thread.

>>3
nah, it's easy. Adhoc is typeclasses in Haskell. Parametric is your generics from Java. Subtyping is inheritance, also from Java.

>>4
I make the connections now. Thank you

I'm slowly getting accustomed to working with objects, systems and modules.>I'm going to stay here for a while to practice making them and recognising them>>But I'm looking forward to eventually moving to learn different paradigms. Dealing with modules is tiring because I have to manage their semantics and interconnections all the time

I'm particularly interested in seeing how Lispers design their programs

From some cursory readings of opinions about C++, it all sounds very fascinating but somehow Java sounds simple now.

Okay I studied C++ for a while. It seems it and Java have similar ideas on program design

Stroustrup先生 said that header files should be used for holding a module's interface. >In light of that, it seems like in Java, taking the time to separate interface and implementation classes is like separating header and code files in C++..

先輩, do you recommend learning C++ in Windows NT

4 posts ommited. Click [See All] to see the entire thread.

>>5
Ah. Doing native UIs on Windows can be difficult for some. You can try it out as a test

>>6
By native UI on Windows, I mean manually doing the window layouts using GDI. Some tools exist (i.e. ResEdit, Visual Studio) to make resource files that has that data.

>>7
Wow this all sounds cursed. But it's a new paradigm>>thank you 先輩-

Textbook author says that we should once in a while print our source code onto paper and make notes on them.

Today I learned about 'try-with-resources'!>It's a special initialiser for a try block that you can only use for instances of AutoCloseable, so it's rare in general purpose code.>

Tip 1: Save a subset of the data as an abridged version to test the parser on..!>Tip 2: Look for the data dictionary when reading the data file is too difficult !>

"In my humble opinion the value that separates amateurs from professionals is that velocity is a direct function of quality. The higher the quality, the faster you go. The only way to go fast is to go well.>>Novices believe that quality and velocity are inverse. They think that hacking is fast. They haven't yet recognized what professional developers know all to well: that even a little bit of hacking is slower than no hacking at all.>>Every time you yield to the temptation to trade quality for speed, you slow down. Every time.">>『Vehement Mediocrity』 by Robert C. Martin>http://butunclebob.com/ArticleS.UncleBob.VehementMediocrity

C's equals operator always copies - either a reference or a value, even of a whole struct>

Dice roll with different odds.>I can use this in an RPG for enemy AI>

It took me forever to get this far>I don't like Common Lisp..>

「Classes will define a set of data items that can be used to store information for the particular implementation of the class, and will specify a set of interfaces that declare the methods used to manipulate the state. A class will also contain the code that is used to implement the methods declared in the interface. This code may include additional implementation-specific “helper methods” that are not declared in the interfaces. In this way classes provide the concrete details of a particular implementation of some set of interfaces.」 - Jim Waldo, about Java>>Waldoさん says that the program as a system should really be laid out as interfaces, and that classes should just be implementations.>This also explains why 'extends' and 'implements' in Java are used the way they are. 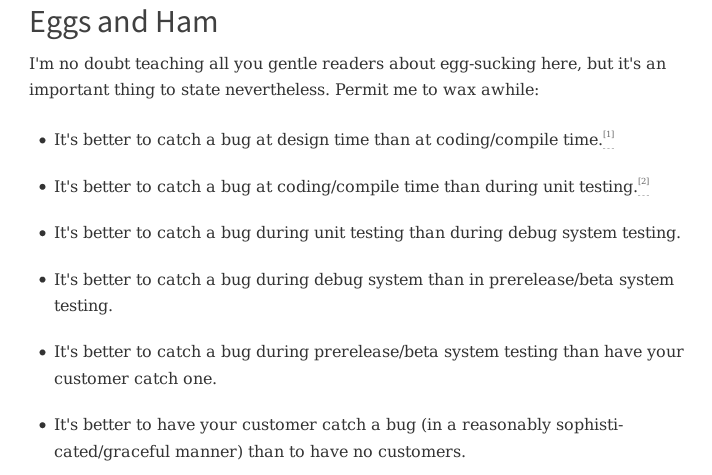 Today's topic. I don't really understand it yet> 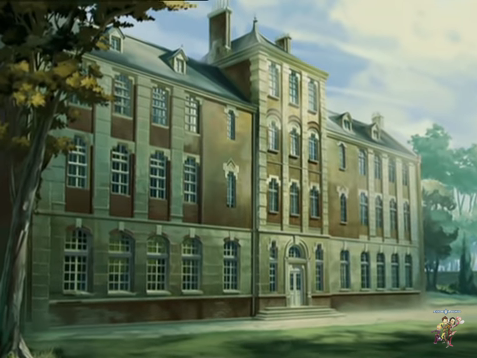 The intro looked really bad but then the first scene is like this??>(Code Lyoko)>

the whole thing is a combination of 2d and 3d, the real world is 2d like this, looks real good, and the virtual 3d world is.. 2001 3D, it's not horrible, but it's not on the same level

@snowyfox The benefit is that you can build the application by starting with the UI. Remember that in Visual Studio, you at least used to start out by being presented with a UI designer and then you added code in callbacks directly linked to things like buttons and other types of interactive elements.

In this way, applications was literally a GUI with some functionality behind it, which is completely opposite to how Unix applications were built.

Windows was completely built on this mindset, so IPC functionality bolted on top the graphical applications as an afterthought, and this lives on to this day in the form of Powershell, which is really nothing more than than a commandline interface to the .Net API's, which in turn is an evolution of the COM stuff, which is essentially a way to add an API to a GUI program.